Could I have food sensitivities? This is what I wondered when I was working with Pam on Precision Nutrition. My mother, grandmother and her sisters all had autoimmune issues. I decided to go to a nutritionist halfway through the program with Pam. I found Ashley Hurst, R.D. who also has a degree in functional medicine. Functional medicine specialists often want to know why things are happening and try to get to the root cause.

Ashley was friendly and a great listener. She did a complete medical intake and I had a few digestive issues and some inflammation. I was at a healthy weight but I could see the inflammation in my face. Ashley said to prevent inflammation focus on healthy oils such as Walnut oil, Avocado oil and Olive oil. and avoid Canola, Safflower and Vegetable oil. Also avoid refined and white grains which can spike insulin. This will come up again later in my journey.

Ashley reviewed my vitamins and supplements and I decided to start on her multi-vitamin, fish oil. probiotic, and magnesium in powder form. The magnesium is amazing and improved my sleep immediately!

Mediator Release Test I decided to take the MRT to see if I had food sensitivities. The lab tests your blood to see if you have an immune reaction to 150 foods. I had some severe ones which where wheat, lettuce and strawberries. I noticed that I was eating lettuce and wheat frequently. I removed all the moderate and severe foods and gradually added them back in over a 6 month period. Ashley suggested that I stop eating gluten and dairy at this point because the test indicated wheat and some dairy were reactive for me. It was difficult but I did that. I also looked for starch alternatives to gluten that I could eat, such as rice and potatoes. Giving up bread and pasta were difficult but if I could find alternates then I could get through it.

It was difficult to remove a large number of foods at first, but I was able to gradually add more back in. After 6 months, I was able to add all the foods back in without a problem, though still avoiding gluten and dairy at this point. I lost a couple pounds, I felt better and look less puffy after going through this process.

Micronutrient Density test A few months in, I decided to test my micronutrients to see how I was doing. They test 33 different vitamin and minerals. They look at the nutrients that are part of the Krebs cycle and Methylation cycle. I did pretty well considering I had been on Ashley’s vitamins for a while at this point. There were a few things I needed to supplement. I found this to be really helpful and plan to retest every year. The thinking is that if your micronutrients are in good supply you will prevent disease. Also, as you age, you don’t absorb micronutrients as well. I read recently in a magazine that people who are 50+ need selenium. Yes, that’s me! I added Brazil nuts into my diet and saw an improvement in my test results.

Gut Bacteria: I ended up taking two different stool tests to check my gut bacteria. The first one, Ubiome went out of business shortly after I received my results. Ashley made some suggestions after looking at my results. I took Thryve Inside 6 months later and found my gut bacteria to be in fairly good shape. I tried their probiotics for a while but couldn’t tell much difference from my other brand. I would take this test again in the future if I needed it.

In summary, it was very useful to work with a nutritionist. Ashley was my partner to help me figure things out. She had a lot of tools and ideas to draw on. I was very impatient at first, but realized it takes time to work through the steps and look for results. The Micronutrient Density test was very helpful and I plan to take it once a year. The MRT probably helped but it was harder to tell. I did have a reduction in inflammation and my slight digestive issues improved. Her vitamins and supplements are high quality and the micronutrient density test showed that I had good absorption. After working with Ashley, I learned that I don’t have an autoimmune disease which was good news.

Perhaps this will help someone who is thinking about meeting with a nutritionist. Stay well!

View all posts by Sarah ODell

2 thoughts on “What I learned from my Nutritionist”

After working as an Human Resources/Organization Development professional for over 30 years, now I’m in the next chapter of my life and exploring what it is in store. I’m diving deep into wellness, relationships, aging parents, retirement, beauty, and travel. Come join me on this journey and we’ll learn together! 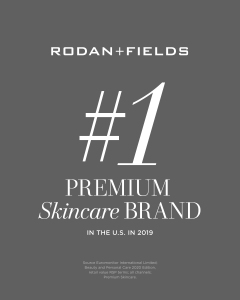